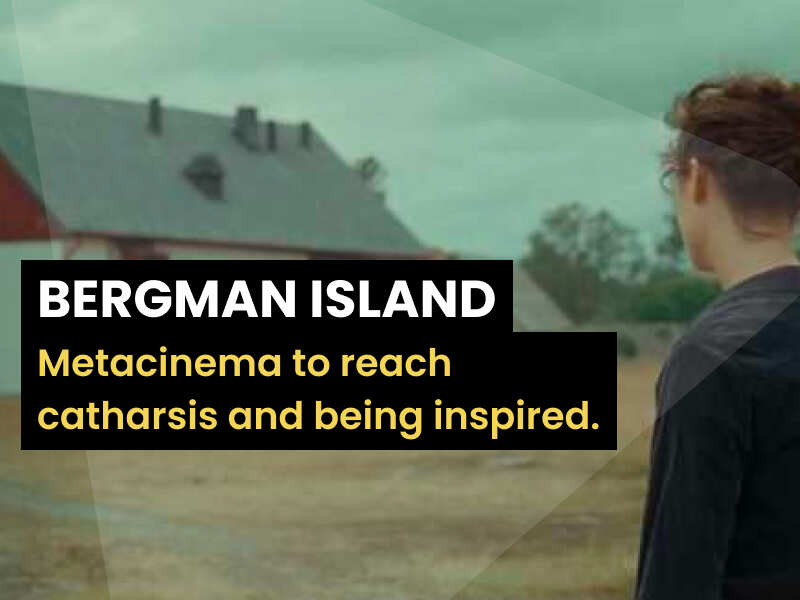 The following summary includes the list of the topics we will cover in our post related to “Bergman Island.”

Why you should watch Bergman Island

Released in 2021, Bergman Island collected six nominations and, in particular, it is worth mentioning the nominee for the “Palme d’Or” at the Cannes Film Festival. It’s a movie for those who love writing, stories, and complex psychology. But Bergman Island is also the film for those trying to find themselves, overcome their fears and anxieties, and uncover their inner inspiration.

The film is a piece of “metacinema” because it’s the cinema that talks about itself. A story within a story, because the border between reality and fiction is often very thin. And, of course, the movie is rich in anecdotes and curiosities about the Swedish director Ingmar Bergman.

And the director, Mia Hansen-Løve, plays a lot with Bergman and her actors, seeking truths and answers to uncomfortable questions. Let us guide you through the story because the film may appear simple, but it’s full of parallelisms between reality and fiction.

Chris and Tony have loved each other for a long time. But, unfortunately, recently, the chemistry between them seems to have vanished without harming what remains. Instead, they spend their lives taking care of their daughter and directing and writing movies. He writes about ghosts and disturbing figures, while she about impossible loves.

So, they go to Fårö, the island of Bergman, to find peace, harmony and inspiration, both for their new movies and, especially, for their suffering love. And they stay at Bergman’s house and sleep in the bed of “Scenes from a marriage” (The film that made million people divorce). They will meet and confront the local people, learn a lot of facts about Bergman, and find the inspiration to write the new stories while their one is cracking.

The director assigned some of Bergman characteristics to her characters. So, for example, Tony embraces the dark side of Bergman. Chris, instead, is the philosophical one. But there is more and let us explain it.

Bergman’s style is in both characters.

Bergman wrote his movies thinking about the screenplay for years before starting writing. He used a particular technique, “the notebook”. It’s a creative diary where Bergman gives images and notes to his imagination that will bring him to the second phase: “the development in a screenplay.” This particular diary is what Tony tries to adopt. Chris let us see the weird pictures and notes of his partner.

On the other hand, Bergman’s “slowness” in writing, it’s a strong characteristic of Chris. She sticks in her fears and anxieties, unable to reach the screenplay part. So many ideas trapped in her mind, and she struggles to let them go. Chris represents the existential side of Bergman because she talks about loneliness, religion or sexual desire. Bergman’s female characters are usually more involved with their sexuality than males. And his ladies are unafraid to proclaim it, sometimes with breathtaking overtness as in “Cries and Whispers”.

Bergman’s rituals and the use of pens.

Bergman said in one of his interviews:

“I write with a ballpoint pen nowadays, but not just any old damned pen. It has to be a very special ballpoint with a very fat tip. Although my handwriting is so difficult to read, it’s the actual writing that gives me pleasure. I like writing by hand. It is very satisfying. In that I always write on the same kind of pad, I know how much I have written, you see.”

Tony and Chris use pens, and specific ones, like their master Bergman even if Chris is the one much closer to Bergman’s ritual.

In the same interview, Bergman stated:

“No, it’s a ritual. Get up early and eat breakfast, go for a walk, don’t read the paper, don’t talk on the telephone with anyone. Then, sit down at the desk. My desk has to be tidy, nothing lying about in a mess on it. I am maniacally pedantic when it comes to what it has to look like if I’m able to sit working at it. Then when I’ve been writing for about three-quarters of an hour, I take a break. I’ve usually got a backache by then, so I walk all through my house, or go and look at the sea, or something like that for a quarter of an hour. After that, writing scripts is a “compulsory exercise”.

Again, Bergman’s routine is similar to the one adopted by Tony and Chris. We feel that the director Mia Hansen-Løve focused on recreating Bergman’s habits, so that we can learn more about him through our characters.

Bergman is love and hate.

Anyway, while Tony loves Bergman, Chris instead can’t accept how Bergman managed his private life. He had nine children from six different women, and he didn’t spend much time taking care of them. He wasn’t a family man. Instead, Bergman lived in the present, believing in ghosts and being cruel in his personal life like in most of his movies. As terrible as it can sound, those choices made Bergman the artist we celebrate today. Courage is necessary and, perhaps, this is what restless Chris couldn’t find for herself.

The Meta-Cinema, the cinema talks about itself.

In a certain way, the film tries to show us how a movie takes its shape. We live with our writers until fiction and reality become the same thing. If we think for a moment, Chris and Tony couldn’t find the cause for their unhappiness. To analyse it, Chris creates a parallel story on the same island of Fårö. The protagonists are Amy and Joseph, the two alter-egos of our writers.

Chris crosses the fiction line and overlaps her fictional character, Amy, as it happens in “Persona.” While Tony finds solace in his ideas written in black and white that he doesn’t even reveal to his partner. In this case, the reference to “Scenes of a marriage” is evident.

Writing first distances and then unites our couple.

Tony and Chris aren’t able to discuss their issues, but they do it through the help of writing and stories. By the way, we need fiction to confront ourselves, find the hidden side of ourselves, and become better people. Don’t you agree? And it worked, at least partially, for both of them.

Chris can’t explain her thoughts to her partner, so she tells him her new story. The narrative stops when she needs to finish her script, but she doesn’t know-how. In this particular moment, Tony explains that he can’t help her because there is an obvious reference to their story, and only Chris must find the solution for both novels.

So, what is the solution to Chris problem? What did we learn?

It’s Bergman who moves Chris from her stuckness. Bergman played with his characters, sometimes making conversations with them. Bergman interacted with them during the fictional moments reported in his notebooks. He found help using this technique, unlocking his narrative. Well, the same thing happened to Chris. She finds herself talking to Joseph and Amy, almost confronting them and then finding peace. Amy accepts that Joseph can’t love her as she dreams; therefore, she returns to her life.

There is a sense of resignation in Amy and Chris, welcome love for what it is, something we can’t design as we want. Tony loves her and tries to support Chris as he can. He takes care of her, and lastly, he goes back to bring June to Chris and make her happy. The last shot of a happy Chris looking at Tony seems to be remediating every issue.

Bergman island brought peace, even if passing from internal wars, new movies and, hopefully, the desire to discover more stories, to overcome our anxieties and improve ourselves.

The location and landscapes are gorgeous. We can feel from our screen the peace and contact with nature in Fårö. The actors did a great job. We loved the possibility of having a “Bergman Safari” from the comfort of our home and discovering more curiosities about the Swedish artist. The meta-fiction idea to solve their troubles is brilliant and philosophical. It’s a complex, perhaps, for nerds of cinema. But how it was delivered leaves us some concerns.

The way Mia Hansen-Løve tells the stories, according to us, lacks cinematography and pace. But not only because we are talking about a reflective film, and we expected deeper and meaningful dialogues. In the end, we have two artists as protagonists; however, the feeling is that their conversations don’t reveal anything that may illuminate our minds.

The potential of a dramatic story

The movie is slow and basic; although we understand the need to build a thinking environment, the film starts to work while Chris describes Amy and Joseph adventure. The movie seems to have the potential for a dramatic story and a climax that could be solved with more pace, using engaging soundtracks and creating a more disturbing atmosphere, where cinematography and photography could take a better level. Bergman worked with light and the beauty and peace of his landscapes; his idea was to contrast the struggle and darkness of his characters.

This contrast was constant in his productions. Mia Hansen-Løve tried her best, for example, the rain surprised Chris in her moment of confusion while looking for the house of “Through a Glass Darkly,” almost cleaning her mind and unlocking her writing. But we think that it could be delivered with more craft, mastering the art of cinematography; at least, this is what Bergman would have done in the end.

Our final rating for Bergman Island is:

Where you can watch Bergman Island?

The movie is currently available on Hulu, but check this link to see where you can watch it in your country.

The Fallout guides us through the complex journey of overcoming trauma. Teenagers bond together to rediscover life and teach us something crucial. 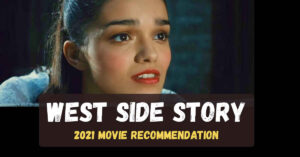 Directed by Steven Spielberg, West Side Story won 50 awards and got 7 Oscars Nominations. Watch the trailer and find out more with us. 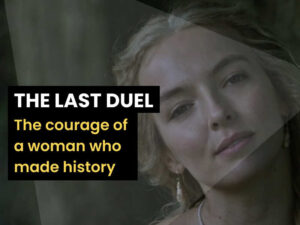 The Last Duel is an epic movie that tells the true story of a woman who defied a nation and made history; spectacularly delivered. Find out more with us. 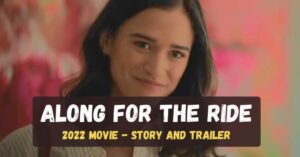 It’s time for an inspiring story for those who wants to start their lives, but they keep procrastinating. Discover Along for the Ride with us. 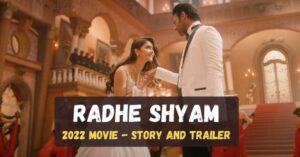 Radhe Shyam is a 2022 Indian movie. The conflict between love and destiny is the main focus of this romantic love story. Which side will win? 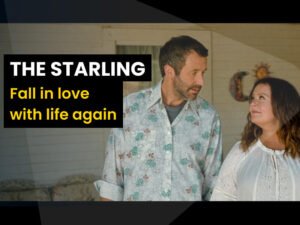 The Starling let us connect with nature and rediscover the inner desire of love and life. It’s powerful, let’s discover why in our post.

Have you watched the movie yet? And do you agree with our analysis? Let us know your opinion 🙂