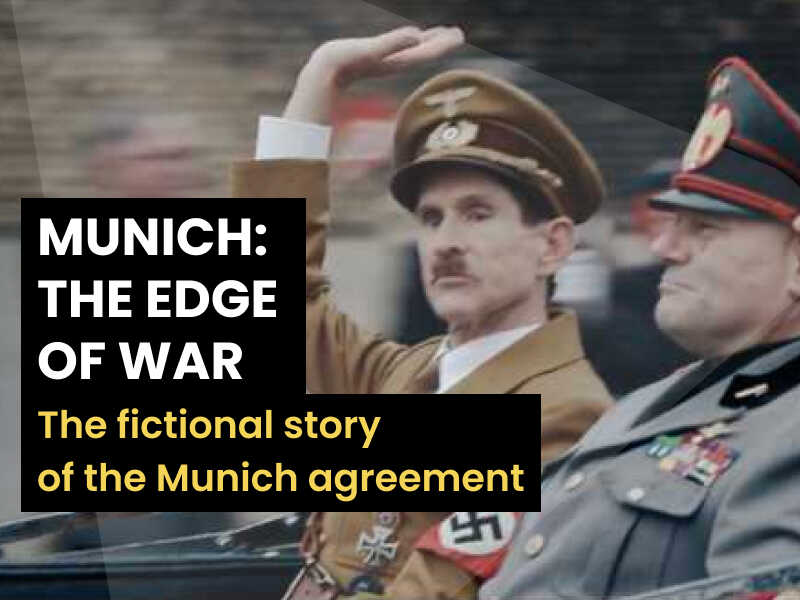 The following summary includes the list of the topics we will cover in our post related to “Munich: The Edge of War.”

Why you should watch Munich: The Edge of War

The novel “Munich”, written by Robert Harris, inspires “Munich: The Edge of War.” It’s a 2021 production, and the film’s narrative is constantly gripping. It’s a movie that will keep you engaged because it’s a battle between astute diplomats, intelligence and plotters.

The lovers of negotiations, conspirators and historical dramas will enjoy the movie. The story focuses on the 1938 Munich Agreement. However, the director embraces the fictional way more than the historical one, and the film becomes an enjoyable drama enriched with some taste of a thriller.

In addition to discovering details on the personality of Hitler and Chamberlain, the director offers us the opportunity to experience the late 1930s, with excellent reproduction of Nazi customs and culture. It’s a beautiful movie, technically well delivered, both on narrative and cinematography. However, the film won’t reach our full appreciation because of the reasons we will explain to you in our analysis below.

Munich: The Edge of War – The Story

In autumn 1938, Europe was on the brink of war. Hitler claimed back the territory of Sudetenland, belonging at that moment to Czechoslovakia. If Hitler invades the Czech, France and Britain must protect them. Prime Minister Chamberlain and his staff have less than 24 hours to find a diplomatic solution and prevent a tragic European conflict.

Behind the lines, two old friends, Hugh Legat and Paul von Hartmann weave the web to keep the peace and change the course of history. The solution seems to be a quick agreement to give back to the Germans the Sudetenland.

Munich: The Edge of War – Trailer

Munich: The Edge of War – Explanation and Review

As we mentioned in our introduction, the director Christian Schwochow chooses the fictional approach. Therefore, we must establish that “Munich: The Edge of War” is not a historical movie. After clarifying this crucial detail, we can discuss the film. The two primary characters, Hugh Legat (George MacKay) and Paul von Hartmann (Jannis Niewöhner), never existed. Anyway, two real people inspire this story and our characters. Let us tell you something more.

The director worked closely with the novelist of the story Robert Harris. Von Trott is the man behind Paul, and, although the director played a lot with his story and facts, he was one of the protagonists who secretly worked to kill the Fuhrer and “free” Germany and Europe. But there is more because it is true that von Trott studied at Oxford, as well as he ended his friendship with his Brit friend Jacob-Peter Mayer in 1939 because von Trott wanted to convince the Brits that the SS would soon rise against Hitler.

But Mayer didn’t believe it and dismissed the idea as absurd. At this point, without the British support of the socialist environment, he decided to go back to Germany and become a leader of Colonel Claus von Stauffenberg’s plot to assassinate Hitler on the historical 20 July 1944, also known as “Operation Valkyrie.” If you are familiar with the historical event, Von Trott didn’t succeed with his attempt, and he was hanged in Berlin’s Plötzensee Prison on 26 August that year.

If we go back to the film, the words that Colonel Menzies reserves to Paul are prophetical:

“Not today, Paulie. Not today, but soon. Very soon.”

It sounds like the prelude to Von Trott hanging after the failed coup in 1944. Finally, it is essential to mention that the author of our novel identifies Hugh with Alfred Leslie Rowse, a formal Oxford student friend of von Trott. But Rowse didn’t play any relevant role linked with the movie.

So, why the need of filming “Munich: The Edge of War?”

We explained how the author and the director played with real person’s lives to create Hugh and Paul stories. Therefore, the film becomes a fictional drama and lose a lot of its historical mission. Anyway, we feel that the movie goes a bit over the fiction, and it brings on the table an important question:

Although the film is a fictional story, we feel that it scores key points revealing how complex it is to make a decision that can change the lives of millions of people.

The difference between the Germans and the Brits. Paul vs Hugh, the story of their evolution.

The movie presents a circular structure because it starts and ends during the Oxford celebration. Anyway, during the draw of this circle, our protagonists play their cards and evolve. At the beginning of the movie, Paul describes how the Germans are the proudest people in the world and that the new Germany is an incredible dream. Then, however, he spends some critical thoughts about the Brits. Paul says that the Brits are distant from anything and emotions. And that opens the next debate.

Paul is seeking actions to end Hitler’s tyranny for the whole movie. And he gets frustrated by Hugh attitude to try to solve everything buying time and postponing decisions until diplomacy can fix the issue. However, during the events, they both change. Paul has the opportunity to kill Hitler, but it doesn’t because he didn’t feel the right to do so.

On the other hand, Hugh decides to be less distant from his issues and go back to his family and start a new life. Hugh wants to resign because he understands that diplomacy doesn’t solve anything; only actions can do it. Therefore, he decides to join the RAF and prepare himself for the war that it’s coming.

At the end of the circle, they come back to their starting position, Frau Winter and Pamela, but significantly different from the characters we met at the story’s beginning. It’s the power of sufferance and fears.

Pros and Cons, and Final Rating

Fiction or not, the film is engaging, and the continuous discussions and waiting for news provide pace to the story. It’s enjoyable, especially the fantastic reproduction of costumes, rituals and scenes. The music by Isobel Waller-Bridge suit perfectly the movie. The actors did a great job, especially switching between the two languages and providing credibility to both fictional characters. The director’s desire to show us Hitler and Chamberlain’s “human” side is a good point.

The photography is great but not perfect. We feel that the director could play much more with light and shadow, especially, considering the darkness of the events. We found the continued camera movement really engaging, like we were walking with our characters on the scene. However, the film leaves us sad in the end. Even if it’s a fictional story, we know that something more could have been done to avoid millions of death. At least the whole cast succeeded with their purpose.

The fictional attempt to debate a historical event may confuse the viewers. Therefore, the director should have informed us that Paul and Hugh never existed. The fact is that we are bringing historical politicians, such as Hitler and Chamberlain, and their decision seems to be taken according to the actions brought by Paul and Hugh.

Nevertheless, the movie is excellent historical fiction, enjoyable and full of drama and curiosities.

Our final rating for Munich: The Edge of War is:

Where you can watch Munich: The Edge of War

Sundown is a 2021 movie focused on existential crisis. Where this internal journey will lead our characters? Find out with us! 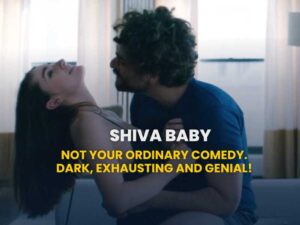 Shiva Baby is not your typical comedy. Anxiety, panic attacks, awkwardness are some of the ingredients that will let you laugh and think. Let’s find out! 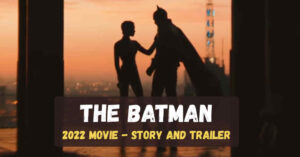 Winner of two ACCEC Awards in 2022, The Batman brings us new challenges for our superhero fighting supervillains. Is the 2022 the best version?

Little Fish is a movie which will definitely leave you with something important in your heart. Why to watch it? Check our post. 🎬🍿

What’s the price of freedom? Everything. Silverton Siege tells us the story of three terrorists who changed the world for the better. Intense!

Have you watched the movie? Let us know your opinion in the comment section below.