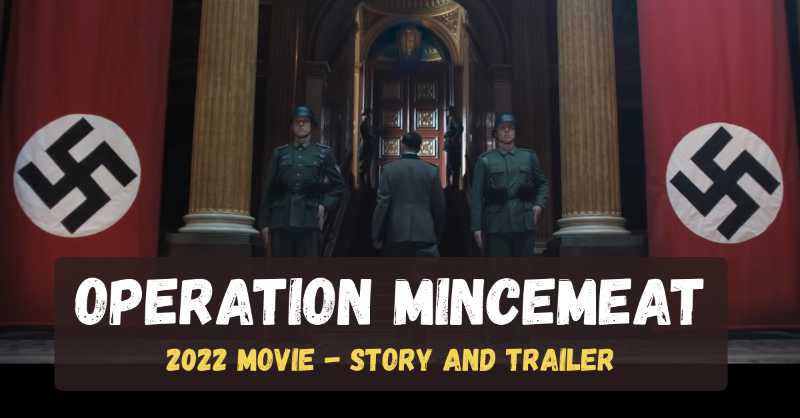 The following summary includes the list of the topics we will cover in our post related to “Operation Mincemeat”, story and trailer.

Today we want to suggest you Operation Mincemeat, a 2022 movie production from the United Kingdom. If spies, secret services and military operations are your genres, you are going to love it.

It’s based on the true story of two intelligent officers who wrote a different finale for WW2. It’s the proof that to win military conflicts, power is not the only winning weapon. Strategy and intelligence can make a huge difference, as it happened in our story.

And so, let’s get ready to learn more about our history, diplomacy and espionage. Just one suggestion, don’t forget to take some notes. It’s full of subplots and it will test your espionage’s skills. Let us know how it will go in the comment section below.

It’s 1943. The Allies are determined to break Hitler’s grip on occupied Europe, and plan to launch an all-out assault on Sicily. But they face an impossible challenge: how to protect the invasion force from potential annihilation.

It falls to two remarkable intelligence officers, Ewen Montagu (Colin Firth) and Charles Cholmondeley (Matthew Macfadyen) to dream the most inspired and improbable disinformation strategy of the war. Centred on the most unlikely of secret agents: a dead man.

Operation Mincemeat is the extraordinary and true story of an idea that hoped to turn the tide for the Allies, taking impossibly high risks, defying logic, and testing the nerves of its creators to breaking point.

Where you can watch Operation Mincemeat

Did you enjoy Operation Mincemeat?

We hope you enjoyed the film. Let us know your opinion in the comment section. And let us suggest you a couple of great historical movies: Munich: The Edge of War; The Auschwitz Report, Jai Bhim.