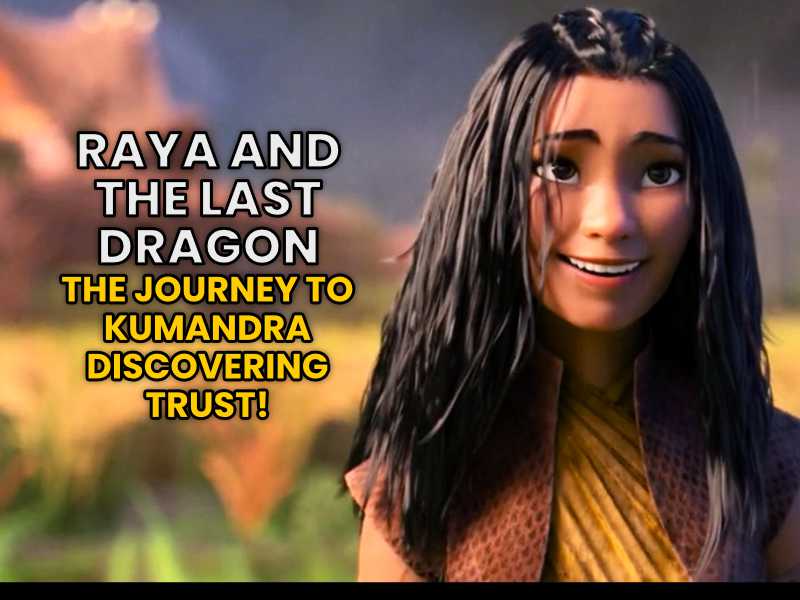 The following summary includes the list of the topics we will cover in our post related to “Raya and the last Dragon.”

Raya and the Last Dragon – Introduction

After the great job done with Luca, Disney delivers another movie full of adventure, colours and essential messages. Raya and the last Dragon, released in 2021 and produced by Disney, is entertaining, powerful but not excellent.

The film received a Nominee at the “Hollywood Critics Association” in 2021 for the Best Picture. If you are curious, “In the Heights” won the Award.

It’s a must-watch for all generations, and let us explain to you why in our movie analysis below.

Raya and the Last Dragon – The Story

Five hundred years ago, there was a happy place where everyone was living harmoniously and united. Its name was Kumandra, protected by Dragons, and was an inspiring world for future generations. However, the Druun, diabolic creatures that turn people into stone, attacked Kumandra.

So the Dragons put their powers together, risking their lives to defeat the Druun. Therefore, something magical will happen but not easily understandable for humans.

However, the world without Dragons is not the same. The people of Kumandra created five different lands, constantly fighting each other to protect or to steal the “sacred” gem.

Therefore, after five hundred years, Raya and her father, Chief Benja, dream of recreating Kumandra. An impossible mission that will bring us adventures, actions and inspiring moments to enjoy.

Raya and the Last Dragon – Review, Analysis and Insights

The animation, scenes, colours, costumes are perfect. We found those very entertaining. The messages delivered by Raya are solid and inspiring. However, something is missing in the movie, and we are going to explain it.

1 – The importance of Trust and the struggle to achieve it

Trust is the leitmotiv of the story. Chief Benja tries to explain it to Raya because it was one of the secrets of Kumandra’s people. Raya understands the concept and tries to bring back Trust in this magic land but struggling at each attempt.

The journey of Trust and Lessons

After the incident that turned her father and some people into stone, Raya started her journey to find Sisu and defeat the Druun. She is now aware of the risk of trusting other people after what Naamari did to her.

The journey seems a metaphor of our life, where we explore and learn, achieve and fail. But the time to enjoy and think is very limited.

Raya teaches us that persistence is the way to achieve our goals. Finally, she found Sisu. Now she needs the other gem pieces to free the world and rescue her father.

First stop. Boun and the trip to Talon

Raya meets another friend, Boun. He owns a boat and runs a culinary business. Raya doesn’t trust him, but Sisu teaches her that there is no reason to be scared. Therefore, Raya decides to follow Sisu and a new friend is on board for the mission.

Talon is important both for Sisu and Raya. Raya asks Sisu to remain on the boat while she steals the gem. But Sisu “betrays” her and go for shopping. At the same time, she meets Noi, a baby con, who first moves us to pity to suddenly understand that both us and Raya are victims of her trick.

Despite everything, Raya still trusts her and decides to involve Noi to steal the Talon’s gem. Unfortunately, Raya is not the only victim. Sisu discovers how brutal the humans became during the last centuries.

An older woman helps Sisu escape from sellers waiting for her money, but it’s another deceit for Sisu and us. She wants to steal her gem, but fortunately, Raya saves Sisu.

The next stop is Spine

They got the first gem, but also some lessons. However, Sisu goes over any fear and still believes that Trust is necessary to get Spine’s gem. So, of course, the new attempt is a different partial failure.

They became victims of Tong, the only survivor of Druun fury, but their friends, Noi, Tuk Tuk and Boun, help them escape. Tong discovers that Sisu is the Dragon, and he joins Raya’s team.

Heart – A moment of nostalgia

Before moving to Fang for the final battle, Sisu brings Raya to Heart to let her see the other Dragons transformed into stone. Sisu explains to her how the Dragon’s gem started.

How the critical secret to bring Kumandra back is Trust. It’s what the other Dragons used to save the humans. First, they put their souls and powers into the gem, and then they had to risk and Trust Sisu to blast the Druun.

Risk and Trust are the two essential values that Raya now knows and need to use.

Sisu wants to prove that this time Naamari will trust Raya. A hesitant Raya accepts the challenge and sends the baby Noi to Naamari’s room to deliver the dragon jewel she once donated to Raya.

Naamari finally agrees to meet Raya. But, when we are finally sure that this time will be the moment of the truth, Naamari deludes all of us, Sisu and Raya.

And, tragically, she shoots Sisu, who splashes into the water. Once again, Trust is weaker than lies.

Now that Sisu is gone, the Druun attack Fang, in what seems the beginning of the end. Raya’s spared Naamari’s life in her moment of revenge, and she needs to focus on saving the planet.

Raya teaches us something powerful and revolutionary.

Surrounded by the Druun, Raya, her friends, and Naamari, Raya needs to find the solution defeating them without the magic of Sisu. They need to put together all the pieces of the Dragon’s gem, but none trusts Naamari.

So, Raya explains that the secret power wasn’t in Sisu but in Trust, and she donates her gem to Naamari and then accepts the destiny to become stone. Raya makes the first step, putting aside vengeance, hate and pride because the final goal is what matters.

It’s so beautiful and inspiring that all of her friends follow her, giving their gems to Naamari. Everyone trusts her now, and the destiny of the world is in Naamari’s hands. The princess of Fang, this time, learned the lesson and embraced Raya’s gift.

She defeated the Druun with the power of Trust and putting aside all the terrible lies and vengeance feelings. Kumandra is finally back with the Dragons, Sisu and the whole population living in peace.

It’s not easy to believe and gain Trust. There are too many challenges, and we are often too proud and weak. Now Raya taught us what and how to do it.

2 – The importance of the past to build the present

The entire population is fighting and hating each other. The reason is that it was always like this, since when the Dragon’s Gem went to Heart. They are enemies not because they did each other something, but simply because of the facts of a past that they never lived.

And it’s shocking how many conflicts we have in our real-world that could be solved with the same strategy adopted by Raya and her friends.

Are we able to put our pride aside to build better relationships and a better world?

Raya and the Last Dragon – Pros and Cons

The music, the costume, the animation, the locations, everything is well-done. The story is powerful and teaches us revolutionary concepts that could transform our world in Kumandra.

The lesson is clear: forgiveness, Trust, the ability to put pride aside and, therefore, courage and not be selfish are the secret of building a Kumandra in our lives. It’s not the best movie released by Disney, but surely a must-watch.

The pace of the story is fast. It seems we don’t have time for a proper character’s evolution, although we have it as we have seen. The dialogues are not engaging or inspiring.

It’s an adventure, a quick journey to find Sisu and the gems because we don’t have much time. But, perhaps, the script could be better.

One point wasn’t clear to us.

Sisu explains that the Druun are always with us. They are just waiting for a moment of weakness among the humans to attack.

But, why the Druun attacked the perfect world of Kumandra five hundred years ago remains a mystery. The humans were prospering together, protected by the Dragons. So, from where this discord or weakness came to allow the Druun to invade Kumandra?

Anyway, we want to reward the inspiring purpose of the movie. Because Raya taught us how to forgive and live in harmony. We Trust her.

Where you can watch Raya and the Last Dragon?

The movie is currently available on Disney+ but check this link to see where you can watch it in your country. 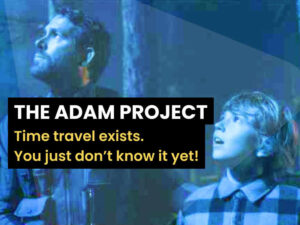 Let’s talk about The Adam Project, review and explanation. It’s a journey into our past to fix our future. Discover with us what we learned! 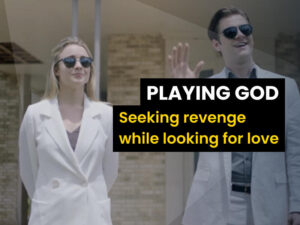 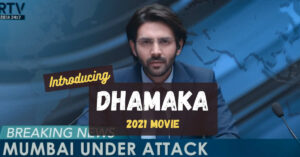 Look both ways is a 2022 movie that let us experience two versions of the same story. What if we can really be happy? 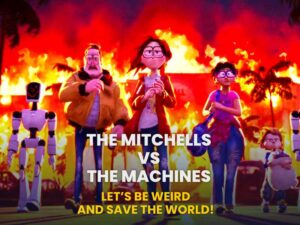 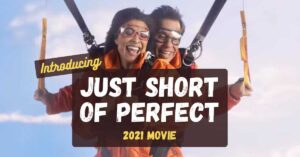 Just Short of Perfect is a movie about love, and its deepest meaning. It’s a Brazilian comedy with a taste of romance. Find out more with us.