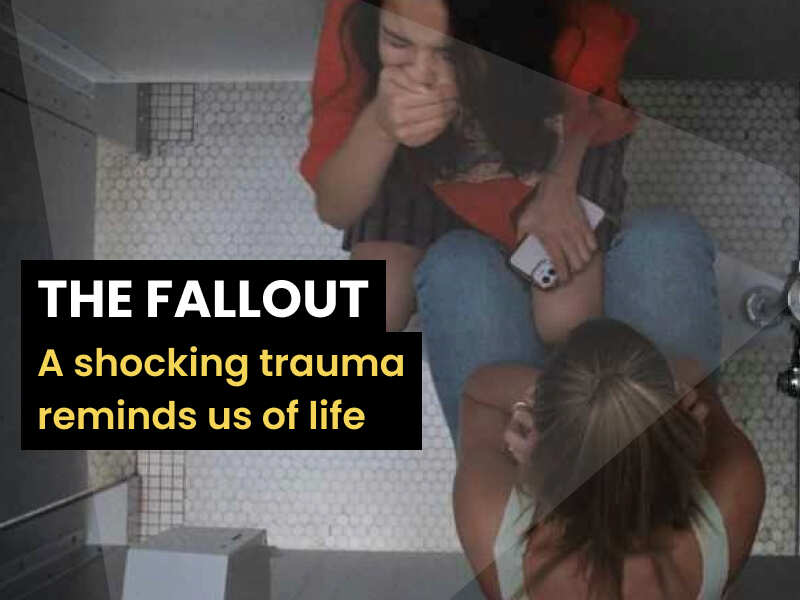 The following summary includes the list of the topics we will cover in our post related to “The Fallout.”

Why you should watch The Fallout

Released in 2021, The Fallout is a movie that doesn’t have any reason to exist, if only we live in a healthy world. It’s a drama, full of solid emotions gradually delivered. It is the denunciation of those crimes that disrupt the lives of adolescents, families and communities. But The Fallout is also the celebration of life; it’s a wake-up call to take care of the people we love, of our passions and our lives because one day, what it’s standard today, may look different tomorrow.

It’s a great movie, not excellent, but it won four awards at the “Palm Springs International Film Festival” and at the “SWSW Film Festival”. And the recognitions went to Megan Park (the director and writer) for “Director to watch,” for “Audience Award,” and for best “Narrative feature.”

It’s a movie for those who want to rediscover life, relationships and purpose. But it’s also for those who wish to explore the complex world of teenagers; and those parents who need to understand and deal with their reality. The Fallout looks like a movie worth watching and let us introduce you to the story because there are key topics to discuss.

The Fallout – The Story

It’s an ordinary day. Vada goes to school with her friend, when suddenly their lives are messed up because of a gun shooting inside their school. The horrifying incident leaves indelible marks in their minds. But this is also the moment when their relationships, desires and lives are questioned and reconsidered. The young and traumatised victims bond together to come back to life, exploring their existence,while the ordinary world doesn’t seem to understand them.

The Fallout – Explanation and Review

The Fallout is the first movie for Megan Park as a director. She picked a delicate topic, bringing psychology, trauma and emotions to our screens. Did Megan deliver a first and great movie? Let’s discuss it.

The director begins the film by showing us the routine of Vada’s family. She and her little sister Amelia have a fantastic relationship. Everything seems perfect in Vada’s life. Yet the shot of a gun changed everything in a few minutes. People died, but other characters were reborn. Let us explain it.

Vada before and after the shooting.

Vada’s relationship with her family seems happy and healthy. But, in reality, after the shooting, we noticed how difficult it was for her parents and Amelia to approach her. The scene when everyone stands up at the table to help Vada is symbolic. Vada’s father seems absent in her life, while her mother doesn’t know how to communicate with her. Even Amelia can’t find a way to connect again with Vada, even if she tries hard.

Therefore Vada starts her therapy process to fill the emptiness she feels. The psychologist suggests that she should write down her emotions in a diary, no matter which one. And they will review it together in a couple of weeks.

The psychologist opens the door of life to Vada.

So, Vada starts to revisit her relationships and priorities. If Nick and Vada were joking about Mia, Vada discovers Mia’s human side after the shooting. A lonely girl in need of help and love. Mia takes Nick’s place. Vada is curious to learn more about Mia because she admires her beauty and ability to dance, while she doesn’t feel to have Mia’s confidence and personality.

Vada starts to explore life. Alcohol, good wine, sex and lesbianism. But also weed and the desire to connect with someone in her confusion. Finally, after the passional night with Mia, she tries to go back to “normality” and kisses Quinton. All the experiences confused her while shaping her future and personality. She can’t stand Nick desire to find a purpose and doesn’t immediately understand the love he offers her giving her space to heal.

She starts to appreciate and assign value to everything that was ordinary and given for granted before the shooting. Vada understands her sister’s fears and tells her that she loves her because we can’t risk dying without telling what we feel. After challenging her mother and being cruel to her, think about the episode when Vada tells her that Amelia got her period; finally, Vada hugs her mother and confess her love for her, plus something shocking. And she bonds with her father in an emotional scene while they yell their frustrations and fears at the city

And what about the other characters?

Vada’s parents are now able to talk and listen to her. Their relationship is no longer taken for granted, but it’s a beautiful reality. Amelia learned how to wait and confess her feelings to Vada. As a result, their family is more united than before.

Mia goes back to dance, partially healed by her new friendship with Vada. Nick found his purpose in life, giving speeches with the hope to prevent further crimes like the one they had to witness. Everyone appears different from the beginning of the film.

The cruel finale. What did we learn?

Everyone but not everything, because if our characters evolved becoming better people, a new shooting hits another school, awakening trauma and fears almost repressed by Vada. As we mentioned, suffering can shape a better version of ourselves. To do so, we must live, explore life and challenge ourselves. We have to appreciate the things that we give for granted every day because it’s enough only one moment to lose them forever.

But the director points his camera and finger to the terrible reality of school shootings in the United States. To give you some numbers, between 2020 and 2021, America reported more than forty incidents similar to the one described within the movie. Forty cases in two years can’t be the correct number for one of the most developed societies in the world. Clearly, there is something wrong that we must face and change forever. The consequences are incurable and devastating, and our world doesn’t deserve it.

When Amelia calls Vada crying because she got her period, she is so terrified because of the blood that she calls 911. It’s just a prelude to what will happen in a few minutes when Quinton brings blood to provide a feeling of reality to the scene. Unfortunately, the shots are not just noises, but they leave damages impossible to repair. Again, in a few minutes, the police arrive, this time to clean the innocent blood left by innocent guys.

But also, a period marks the transition from a baby to a woman; the same happens with the blood of the shooting because it lets our character grow, as we described above. It’s a beautiful analogy we wanted to highlight to you that provides credibility to the skills of Megan Park as a writer and director.

As a first movie, Megan Park delivered a great film. It’s engaging, sometimes able to put a smile on our face, although the atmosphere is sad. All the actors, and in particular, Jenna Ortega and Maddie Ziegler, provided a fantastic interpretation of their characters, giving credibility to the story. Even Lumi Pollack in the role of Amelia surprised us for her ability to adapt to each stage of the emotional journey. The movie’s end is an excellent choice to focus on what matters the most. And we loved the denounce the film brings into our society so that we can forever change the tragedy of school shootings. It’s a tragedy we don’t deserve in 2022.

The Fallout is a nice movie and a must-watch, according to us, but it’s not a masterpiece. We feel that the film focused too much on Vada’s character, and it doesn’t analyse the psychology and challenges that the other characters must face. As a result, we don’t even know why this tragedy happened. Furthermore, the film focuses only on the consequences that this tragedy generated, but not the causes.

What if we also knew the drama that the killer was facing? Probably it will create more tensions within the film. Finally, the movie seems basic on the emotions that deliver to us. Such a tragedy could be more touching and engaging, but we felt that the cold personality of Mia and Vada didn’t bring the heartwarming feelings we expected from the movie.

Finally, the cinematography is not the best we have ever seen, and the photography could be better. Nevertheless, The Fallout is a movie that deserves our attention, and we want to clap for Megan Park and her team because the result is enjoyable and touches our hearts.

Our final rating for The Fallout is:

Where you can watch The Fallout? 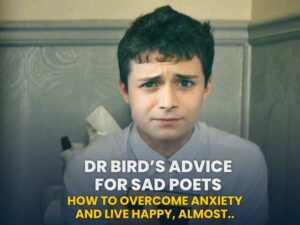 Can we overcome anxiety and our fears? Dr. Bird’s advice for sad poets” offers us a very interesting and possible solution. Let’s find out. 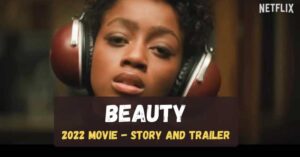 Beauty is a 2022 Netflix movie. A gifted young Black woman struggles to maintain her voice and identity after she’s offered a lucrative recording contract. 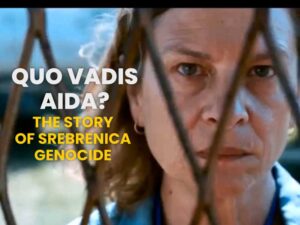 Quo Vadis Aida tells us the horrible story happened in 1995 in Bosnia. Inexplicable mistakes and vengeance wrote a sad page of our history. Find out more. 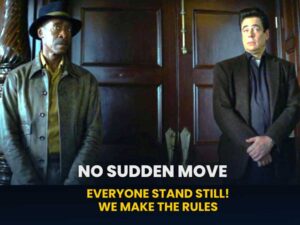 No Sudden Move is a well-crafted crime-thriller. Excellent direction, an incredible cast of actors. Let us solve the chaos, ops, the case. 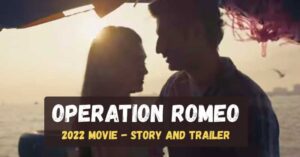 Operation Romeo features the fears and stresses that youthful couples all over the nation experience because of the danger presented by moral policing. 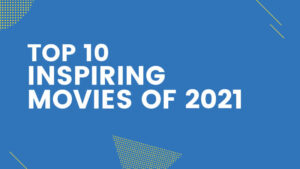 Have you watched the movie? Let us know your thoughts 🙂