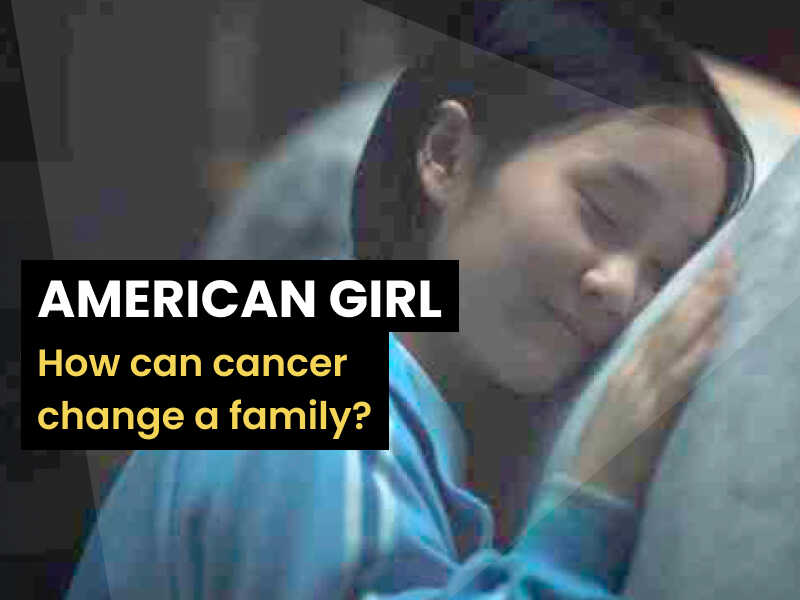 The following summary includes the list of the topics we will cover in our post related to “American Girl.” We will tell you what did we learn from American Girl.

What did we learn from American Girl?

Cancer can destroy the life of a family in several ways. The film gives us several inputs and, where love should be the protagonist, hate and rebellion are the main reactions. Behind Lily’s illness, there are hidden problems never solved or discussed; her sickness amplifies those troubles and reveals the fear to lose a mum and a wife.

There are incredible differences between Taiwan and Los Angeles.

It’s the reason why Fen can’t immediately find peace with the new city. She misses the internet, her “friends,” the horse and her life. She doesn’t feel welcome in the new school and country and struggles with day-to-day life. School is visibly another kind of institution and education. In Taiwan, Fen needs to learn how to take the book with two hands, to wait for her teacher to end the lesson, and Fen must cut her hair and wear a uniform.

But was everything so wrong?

The new culture seemed a massive obstacle for Fen, at the point that she constantly manifests her desire to go back to the States. But her teacher shows her compassion and help in dealing with her mum’s situation. The issue is not with her mum but within Fen. The teacher explains it to her and, step by step, she improves and understands her mistakes.

Discipline is part of our education.

Fen learns retribution. If she can win the speech context, her father will allow Fen to go back to the U.S. But there is a crucial moment when her father needs to split and stop Lily and Fen’s fight. Fen goes over the limits, saying that it would be better if her mum died. Huay loses calm and beats Fen because limits and respect are essential values that Fen lost.

But what did Fen learn?

The bruises wake up something in Fen. She looks for a horse to ride, be independent, and feel like in the States. But it’s an escalation that let fell all of her certainties.

The perfect American world is not so immaculate, and, after seeing her mother crying alone, Fen realised that she is failing as a daughter too. Even Ann behaves better than her.

But the secret was in a terrible fear.

Fen can’t handle the idea to live without her mum. She understands the sacrifices her father makes for his family. Fen wants Ann back from the hospital because her father explained that family is not a matter of countries but a bond. Fen can’t escape her troubles but, instead, she must face them and deal with them.

In the end, the change of culture helped Fen’s growth. She learned discipline and respect. But also to open her feelings and support her mum, instead of expressing her troubles challenging her. So when Ann is back from the hospital, a new life can finally start for the whole family.

What did we learn from American Girl?

We learnt that a family must bond together, especially during difficult times. We witnessed how important it is to open our feelings with our loved ones. The importance of discipline is crucial to earn and offer respect to other people. In a certain way, the white and rebel horse behaves like Fen with her mum, stubborn and in its position precisely when Fen needs help with a ride. Sufferences make us grow and become better people if only we learn the lessons that life offers us.

What we did and didn’t like about American Girl.

It’s a touching story with some important messages to digest. Caitlin Fang (Fen) and Karena Kar-Yan-Lam (Lily) played their part very well. The awards collected by the movie say a lot about the quality of the film. But is everything so perfect?

Absolutely no, according to us. Even if the story is intense, the pace is too slow. The dialogues are very basic and don’t provide a more profound psychological analysis of our characters. The cinematography is essential but not excellent. The feeling is that the story could be delivered much better, making the film more engaging with steady-camera movements to walk with our protagonists and be on the scene. For instance, the photography is not comparable with the excellency of “The Power of the Dog” or “Jai Bhim“. It’s a good idea, but it could be delivered much better in our opinion.

Our final rating for American Girl is:

DId you enjoy the Movie?

We hope you enjoyed American Girl. Let us know your opinion in the comment section. And let us suggest you another great movie from Taiwan: Man in Love! You will love it.

The Song To My Heart | Story and Trailer | Amazon Movie 2022